Today Emily and Claudia spent their time torturing each other.

Emily carried Claudia all over Grandma and Grandpa’s house, even though Claudia made it very clear that she disliked such transportation.

Then, once Emily had settled down to watch a little TV (because, yes, I am the worst mom in the whole world, I allow some TV) Claudia tortured Emily by turning off the TV 500 times in 10 minutes. 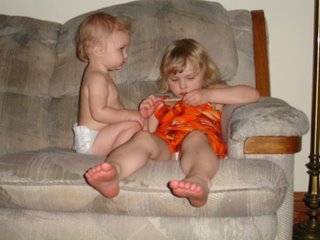 But, when all was said and done, and bath time imminent, Emily got out a pink, cotton candy- flavored Popsicle (yes, I allow those too) and shared it sweetly with Claudia. 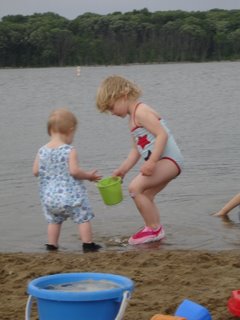 Here are the girls enjoying the lovely beaches of Brushy Creek, just outside of Ft. Dodge. While you may mistake it for the Virgin Islands, it is really just a little pond in the middle of nowhere in Iowa. 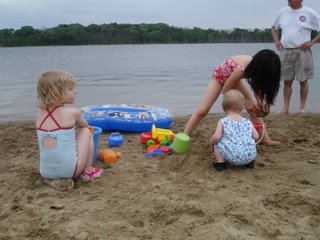 Here is sweet Evelyn with the girls. 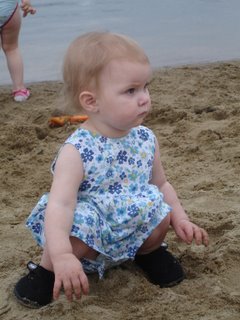 Claudia always looks so serious about everything in photos. 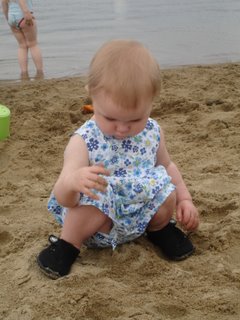 Who packs the winter coats for the beach?

This is the lovely Fillenwarth Beach Resort in Okoboji, IA, the place we are going today on our vacation. It is a lovely resort with swimming and sandy beaches just right to make sand castles on. Perfect for a relaxing week with the girls, except that it is 56 degrees outside!

Check back soon for vacation pictures of our blue-tinged girls, wrapped up in blankets on the beach, enjoying a midwest summer. Ahh, Iowa in June.

Our big weekend in pictures 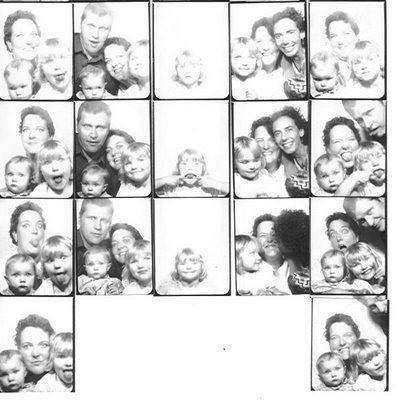 Eric, the girls, and I went to Minneapolis last weekend for the Bar Mitzvah of Jacob Finn, one of the two boys I nannied for years. We were welcomed with open arms as if we were long-lost, beloved family members which was a wonderful feeling since this is a family that I love as if it were my own.

Jacob did an amazing job, both with his presence as a public speaker and also in his speech about what the day and his Torah passage meant to him. It was bittersweet to see him up there, a boy I once carried and comforted, much closer to manhood than childhood now.

There was a party Saturday evening and at it, a free photo booth. We had more fun than you would think a family of four could have in something as simple as a photo booth. Even I, who is never comfortable having my picture taken, had a blast. Notice that Claudia appears to be cut from some 1800’s photo and just stuck in with us, so serious in every single frame.

The face that isn’t a Simonson is sweet Janie Finn, who is a much more refined and together person than I am, but for some reason she loves me anyway. This is a trait that many of my friends share and I vacillate between worrying that they are moments from realizing their mistake and just being thankful that dumb luck has come down in my favor again.